Blog - Laatste Nieuws
U bevindt zich hier: Home / Lezingen / The Importance of the Body in the work of Elias. Fragment from a lecture....

Let me introduce the topic by telling you a story about myself. I am afraid of death, not of dying, although that is not something I am looking forward to, but of death, annihilation, the end. I am not the only one, of course. But some 25 years ago I read an article, it was on a Saturday, it was in the Volkskrant, written by Erik van Ree, that seemed to offer a glimps of a possibility of a way out. There was this American scientist who said that in the future your whole mind might become downloadable, neuron by neuron. The body might perish, but the mind would continue to exist in a kind of computer. This is a more recent article from the site of CNN on that very same subject:

‘Brain downloads ‘possible by 2050′. Monday, May 23, 2005. London, England — By the middle of the 21st century it will be possible to download your brain to a supercomputer, according to a leading thinker on the future.(..) Ian Pearson, head of British Telecom’s futurology unit, told the UK’s Observer newspaper that the rapid advances in computing power would make cyber-immortality a reality within 50 years. Pearson said that brain-downloading technology would initially be the preserve of the rich, but would become more available over subsequent decades. “If you’re rich enough then by 2050 it’s feasible. If you’re poor you’ll probably have to wait until 2075 or 2080 when it’s routine,” he said.’

What Bowen Paulle and I are trying to do is, one might say, based on the fact that this idea, however much I once hoped it to be true, is utterly ridiculous. This is where the body-mind-dichotomy has brought us, the idea that human existence is thinkable, even possible without a body. Not just as a far-fetched thought experiment, but as an actual occurrence, something that might take place in the empirical world. Why this is so ludicrous becomes clear as soon as you begin to think of how the human brain works. One of the things that offers the minds of each and everyone in this room a sense of continuity, a sense of self, a sense of being there, is the fact that our brains are constantly representing our own bodies for us, we are busy all the time to check and control and change and check our body maps. No body, no mind. This is one of the things I learned from the books by Antonio Damasio. My fantasy of immortality is nothing but an ill informed dream.

But it is not so strange that we are easily mesmerized by this dream of a bodyless existence. Think of the history of sociology, think of the founding fathers, the great sociologists of the past. There are no bodies in Comte, there is nothing carnal in Tocqueville, the fact that human beings are made of flesh is something that the proverbial Martian would not know from reading Max Weber. Amongst the classic sociologists, there is really only one, who was very much aware of the body and that is the elderly Durkheim, not the Durkheim of the Rules of Sociological Method, but the Durkheim of The Elementary Forms of Religious Life. In the last phase of his life Durkheim became sensitive to the bodily aspect of social facts. In fact this book says that all religious thoughts and practices start there existence during effervescent gatherings, where people sing and dance together, where they move in unison, where they have the feeling of being part of a larger whole. This moment of submerging in a sea of bodies is in fact the very instance when the sacred and the profane are separated.

But all of this is nothing compared to what we find in Elias, a thinker who is in many ways Durkheim’s nephew. In Elias all dualism of body and mind seems to have disappeared. In his book on the civilising process the body is so omnipresent that some people find it a bit disgusting: on blowing one’s nose, on spitting, on behavior in the bedroom, on the eating of meat, on the natural functions. The first volume is really about what happens when things go into the body and go out of the body. It is all about the taboos surrounding matter of which it is not entirely clear whether it belongs to the universe within my body, my gut, or whether it belongs to the world outside of my body. And it is about how we think about, feel about our bodies and how we look at the bodies of other people and how over a long period of time we develop new standards of behavior regarding our own bodies and other people’s bodies. In some places the bodies are hurting, maiming, killing each other, like in the chapter on changes in aggressiveness; in other places the bodies are described in stylish choreographies, in the chapters on life at the French court.

Elias is very much aware of what he does, he is extremely explicit in this regard and he writes about it in paragraphs that tend to be overlooked. Take for example his analysis of the famous treatise by Erasmus, De civilitate morum puerilium, on civility in children, appearing in 1530. He says: it is a book about outward bodily propriety. I quote: ‘bodily carriage, gestures, dress, facial expressions, this outward behavior with which the treatise concerns itself is the expression of the inner, the whole man.’(44). Or: ‘In the first chapter (Erasmus) treats “the seemly and unseemly condition of the whole body”, in the second,  “bodily culture”, in the third, “manners at holy places”. People learn to behave, the young boys to which the treatise is dedicated are taught to behave, and what do they learn: how to steer the body, how to control the body, how to impress other people present with the way they are disciplined in bodily demeanor, to use a word from Goffman. The civilising proces is largely about bodies and learning and learning with and through bodies. It is about socialisation, internalisation, fremdzwang, selbstzwang, it is about learning to behave and it focusses on how to move your body in such a way that you do not attract unwelcome attention, that you do not have to feel ashamed, embarrassed.

Later in life Elias developed the sociological current that goes by the name of figurational sociology. He presented the concept of figurations in a small book, published in 1970, called Was ist Soziologie, what is sociology. But you have to wait until page 139 until he explains the concept of a figuration. And again it is striking how much this is about physical co-presence. He starts his argument describing a group four people sitting around a table playing cards. He says: by figuration we mean the changing pattern created by the players as a whole, not just with their intellect, but ‘mit ihrere ganzen Person, ihrem ganzen Tun und Lassen in ihrer Beziehung zu einander. Nicht nur mit ihrem intellekt, not just the mental aspect, but the whole man, ihrem ganzen tun und lassen. Only one page later he writes about a soccer match in which the flowing movements of the players can only be understood if you take into account the flowing bodily movements of the players of the other team. It would be senseless to say that the players are real and the fluid figurations that they form are not real and it would also be crazy to say that those patterns they form are real and the individuals are unreal and this is no mystery to the seasoned soccer fan who is observing his favorite players and at the same time observing the collective flow. And then it is the teacher and his students, the wirtshausgäste am stammtisch, the kinder im kindergarten. And all the time there are these references to ballet, dances, choreography, sometimes as a metaphor, sometimes as a real object of study. It is all about bodily co-presence and when you have noticed this his whole work seems to be vibrating with it.

‘The Importance of the Body in the work of Norbert Elias.’ Fragment from a lecture, delivered in collaboration with Bowen Paulle, for the Research Group of Cultural Sociology. Het Spinhuis, Amsterdam, April, 20th, 2011 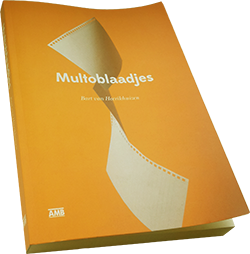